MemConn (github.com/akutz/memconn) is an in-memory network stack for Go that provides:

Please keep reading to discover what MemConn is, how to use it, and why.

Developers familiar with Go’s net.Listen and net.Dial functions should have no issues using MemConn. The following code illustrates how to announce a new, unbuffered network named "net-00", and begins listening for incoming connections:

Now that there is a server running any client can dial it:

For a full example with an HTTP server and client please see MemConn’s memconn_examples_test.go file.

MemConn is the perfect candidate for writing Go tests that depend upon a net.Listener and need to scale. MemConn has no external dependencies and can scale as high as the memory available to the operating system. On the other hand: 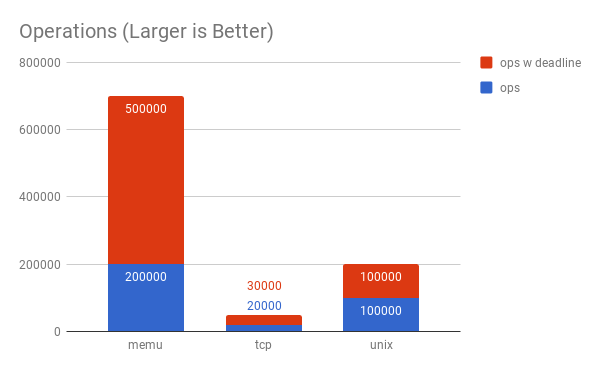 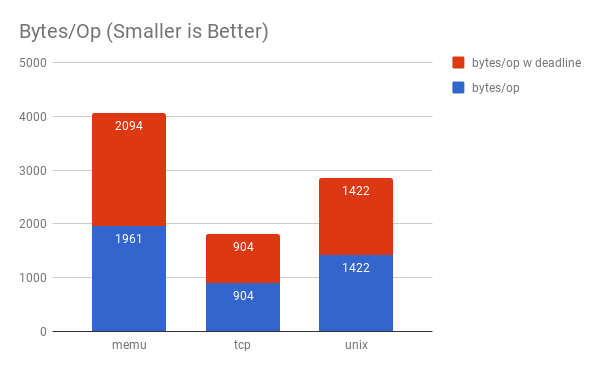 Please see the files memconn_test.go and memconn_bench_test.go for more information on writing Go tests and benchmarks with MemConn.

Please sound off below or on GitHub with questions and comments!